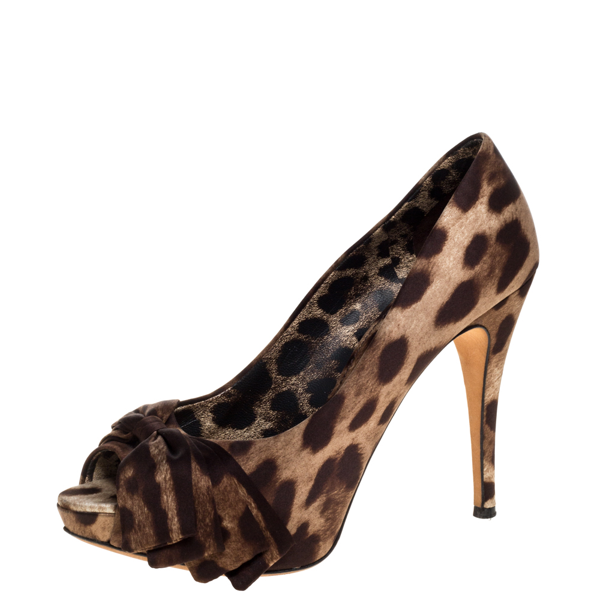 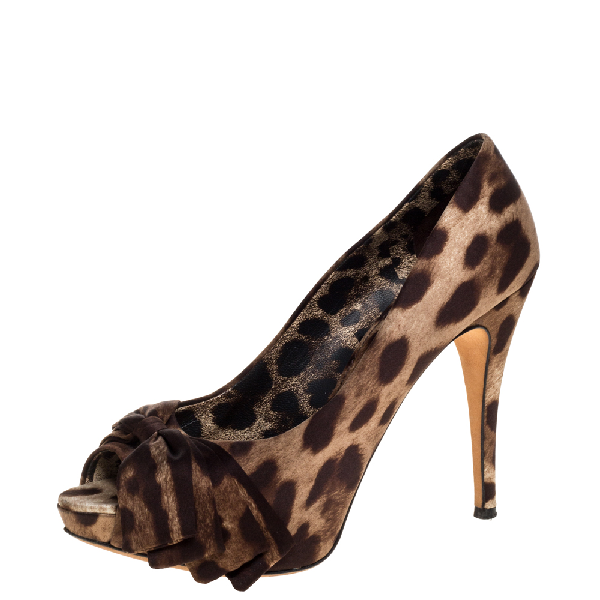 These pumps from Dolce and Gabbana will enchant one and all They are crafted from animal printed satin and feature peep toes with a lovely bow detailing. They come equipped with comfortable satin lined insoles, 12 cm heels and platforms that offer maximum grip while walking.