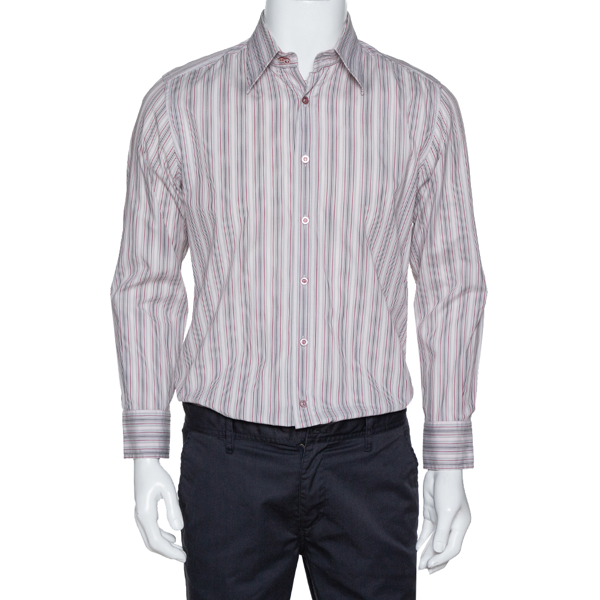 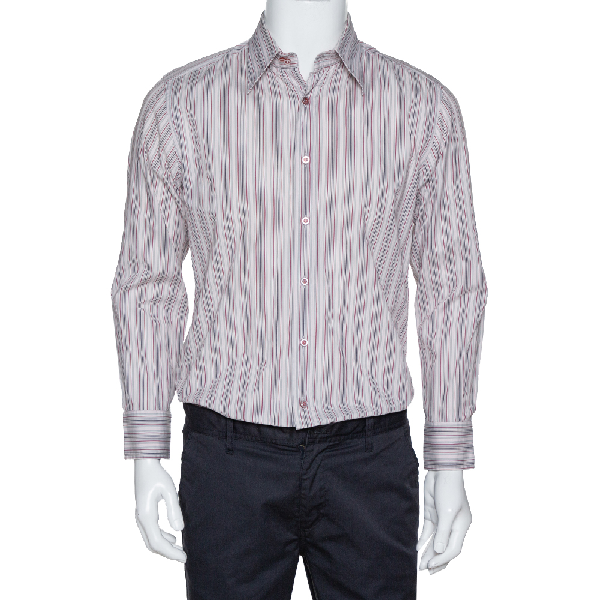 Formal shirts are a wardrobe essential and what better than this dusty pink Dolce and Gabbana creation. It is made of quality cotton and features a striped pattern. It flaunts front button fastenings and long cuffed sleeves. It is sure to lend you a great fit and is perfect for your formal events.

A world of fashion, powered by technology. ModeSens pulls from the racks of 41,159 luxury brands, aggregating every product at the item level for a seamless, transparent and secure shopping experience