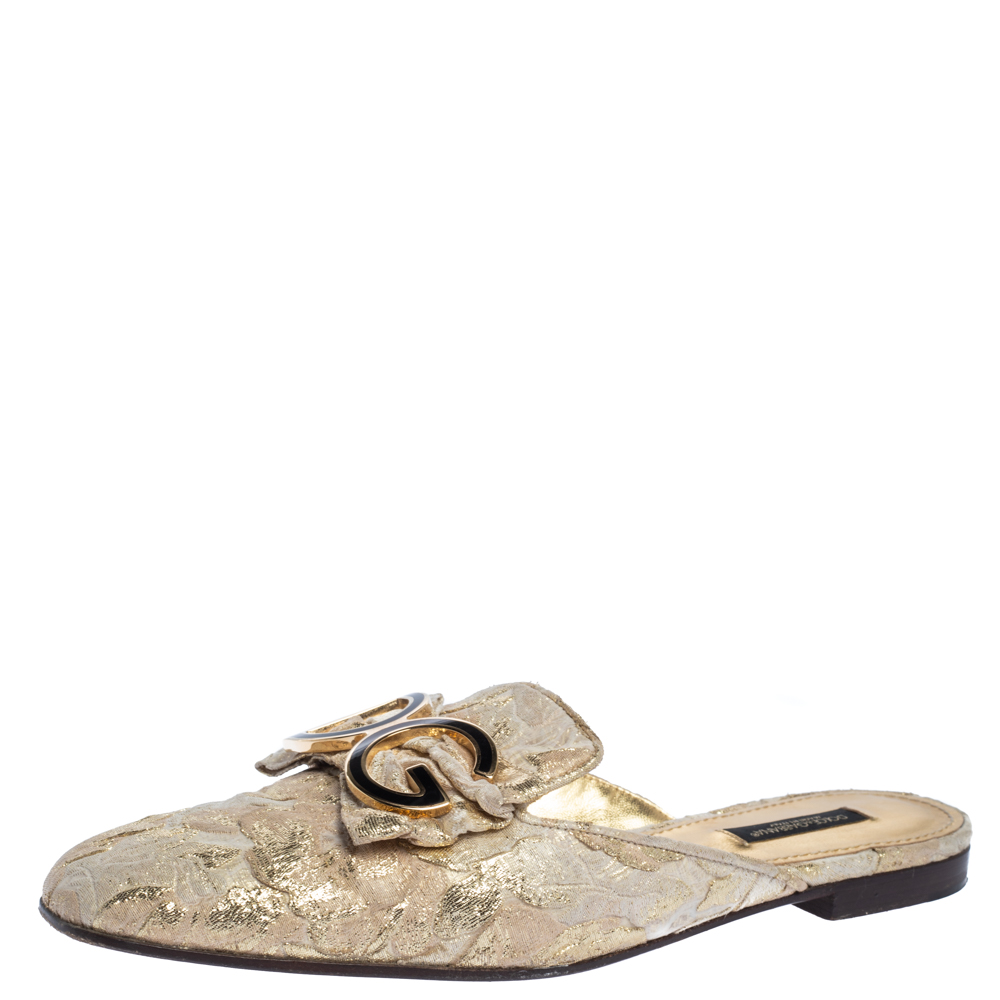 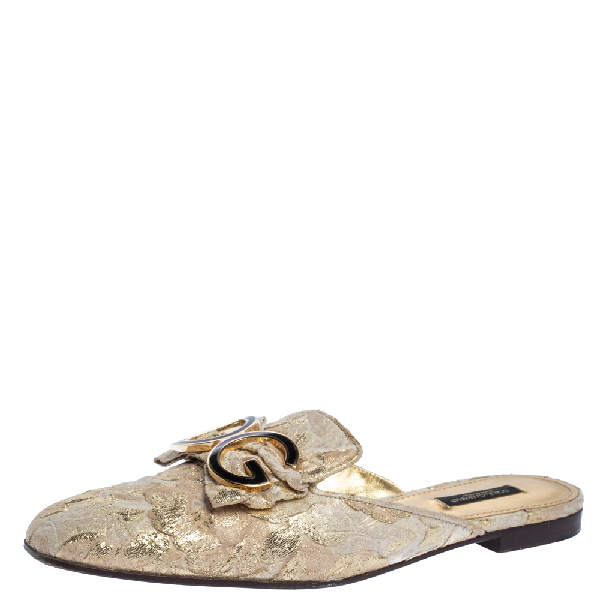 These trendy slides from Dolce and Gabbana are simple yet fashionable. They are crafted from gold brocade fabric and designed with covered toes and DG detailing on the uppers. You will truly love to own these beauties.

A world of fashion, powered by technology. ModeSens pulls from the racks of 41,159 luxury brands, aggregating every product at the item level for a seamless, transparent and secure shopping experience