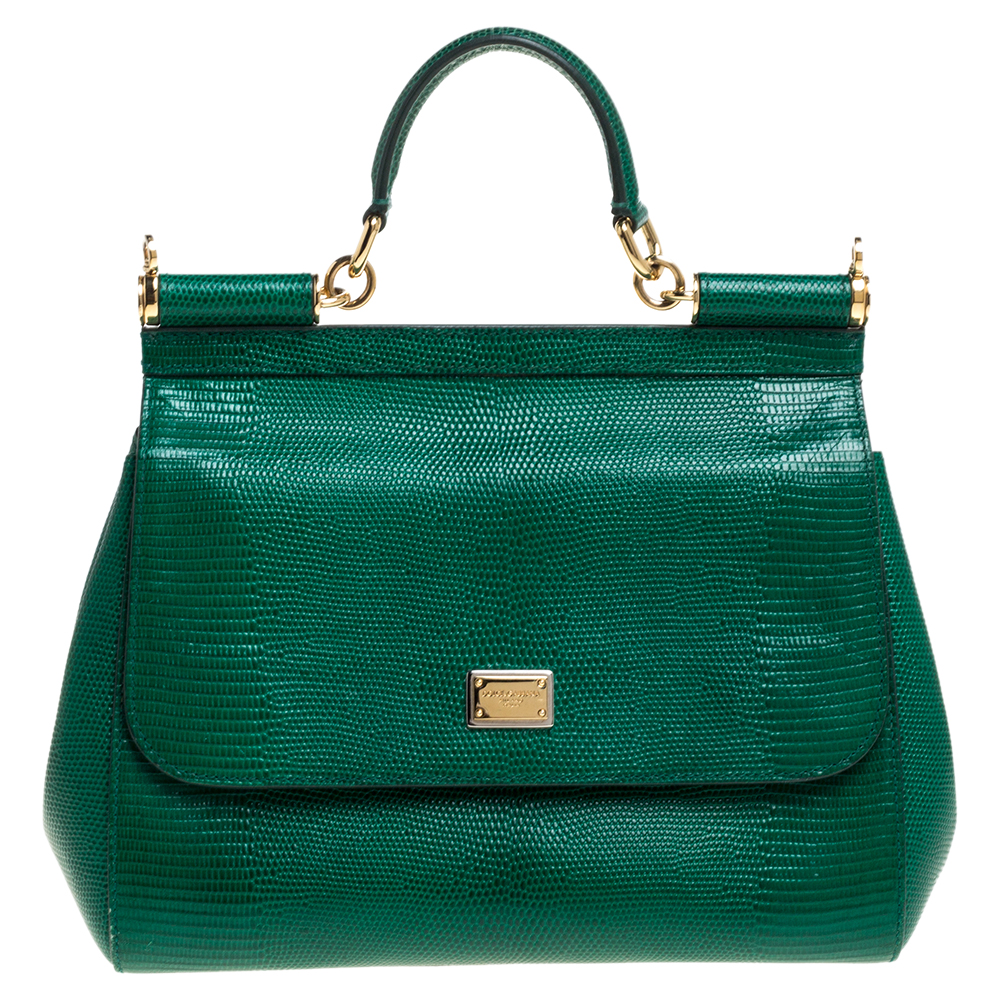 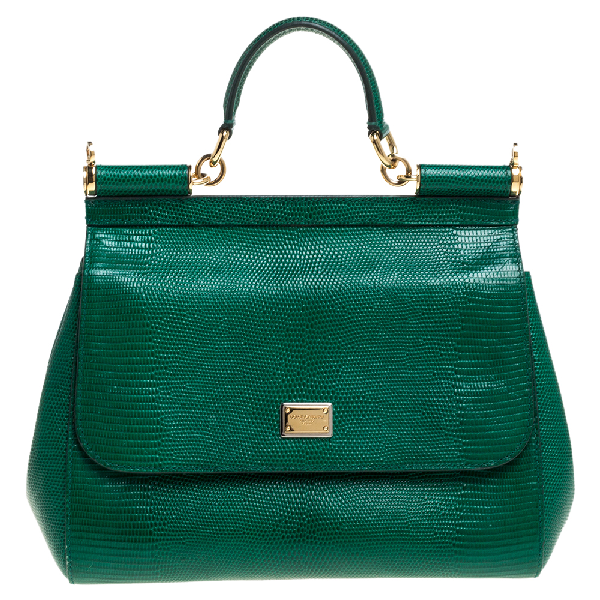 This gorgeous green lizard embossed leather Miss Sicily from Dolce and Gabbana is a handbag coveted by women around the world. It has a well structured design and a flap that opens to a compartment with enough space to fit your essentials. The bag comes with a top handle and a detachable shoulder strap. Complete all your chic ensembles with this luxurious bag.