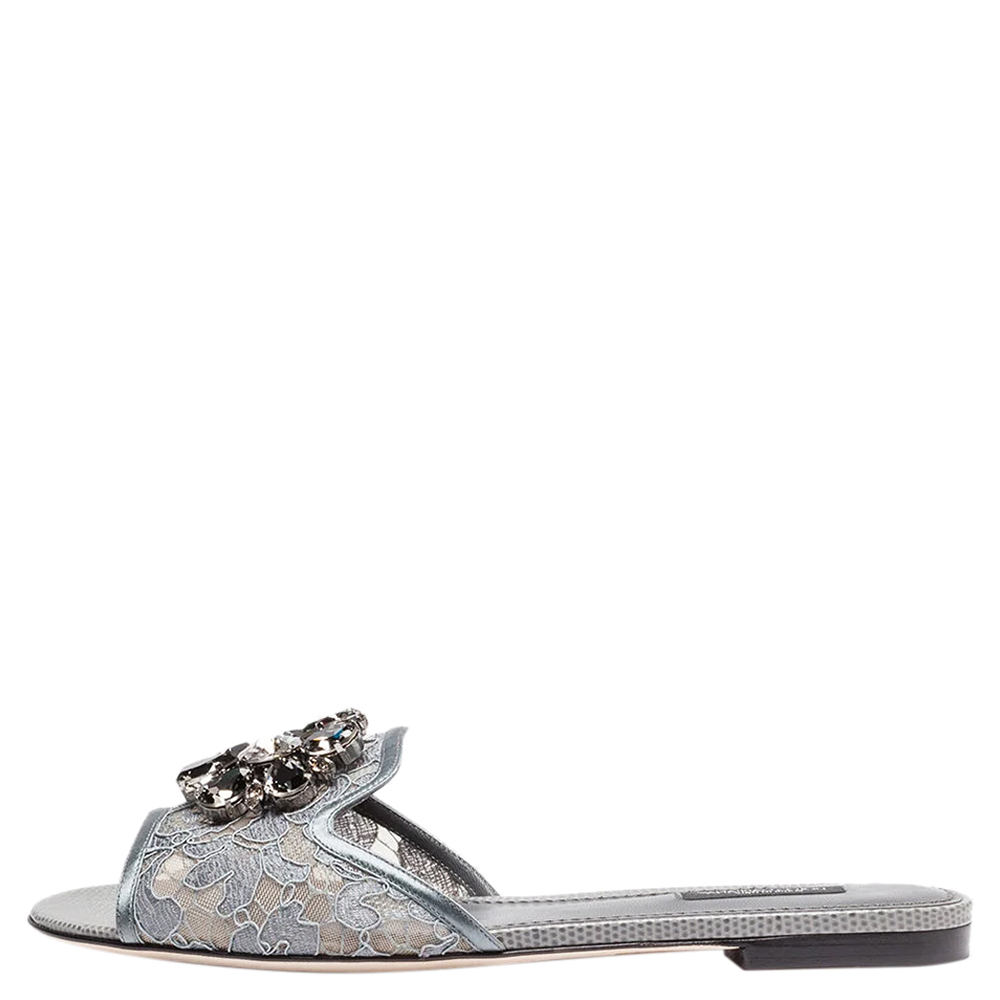 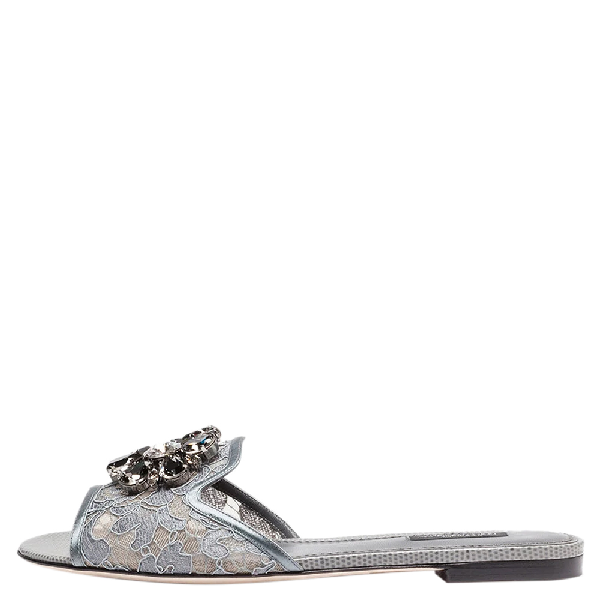 Be the center of attention with these flats from Dolce and Gabbana. They feature a lace body with crystals on the toe. They have a comfortable insole with satin piping and sturdy sole. Pair with a sundress for extra oomph.