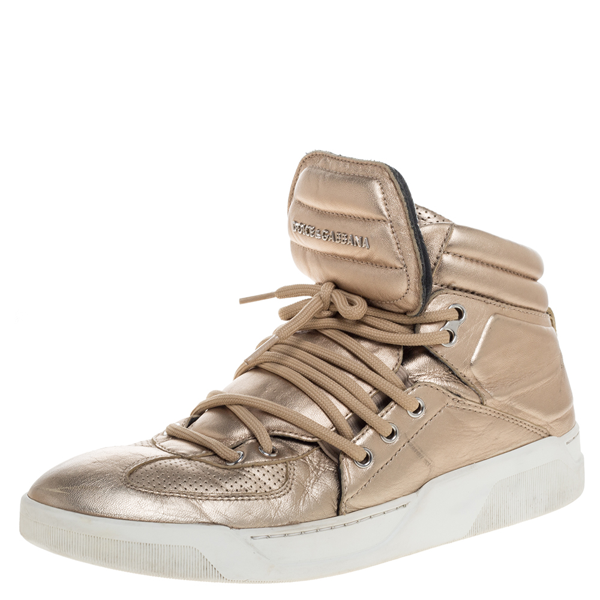 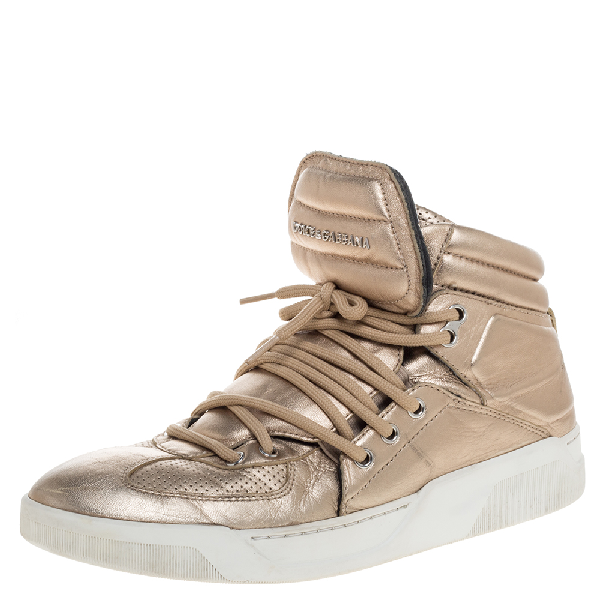 You return to Dolce and Gabanna time and again for fun, quirky styles accompanied by superior construction, and both of these are explicitly demonstrated in these high top sneakers. They are crafted from leather and have a metallic gold exterior. Complete with lace ups and sturdy rubber soles, these shoes will take you through the day in style.