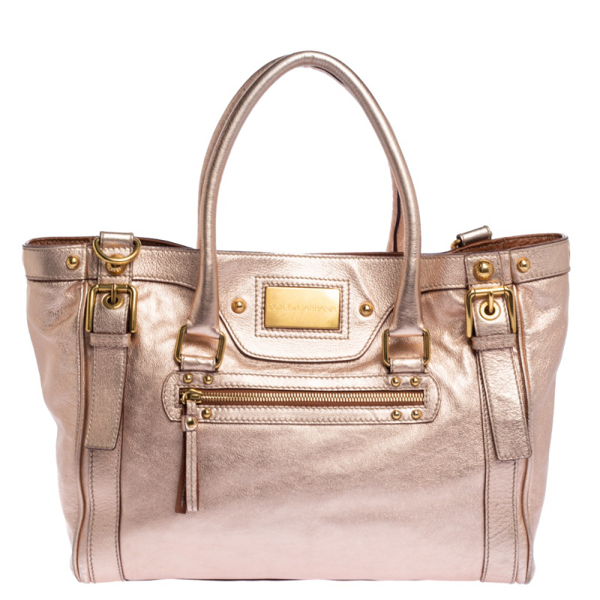 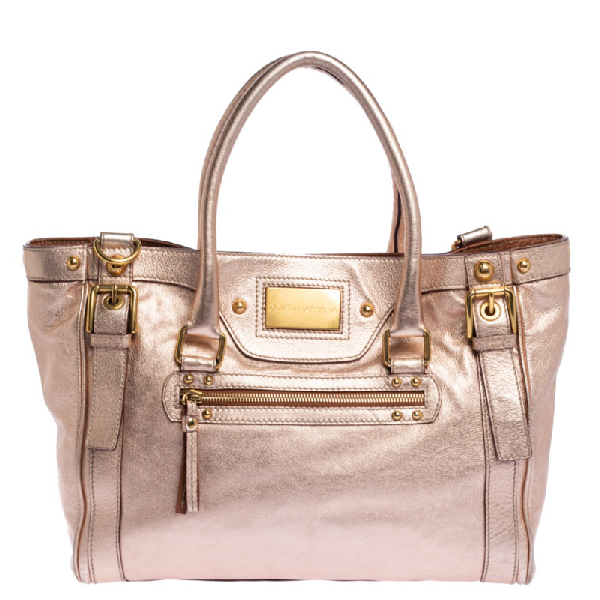 This chic Miss Easy Way tote by Dolce and Gabbana will enhance both your casual and evening wear. Crafted from metallic peach leather in Italy, it is decorated with the brand plaque and gorgeous buckle detailing on the exterior. The bag is equipped with two handles, an exterior pocket and a zip closure that opens to a canvas interior. Swing this tote with style.

A world of fashion, powered by technology. ModeSens pulls from the racks of 40,944 luxury brands, aggregating every product at the item level for a seamless, transparent and secure shopping experience