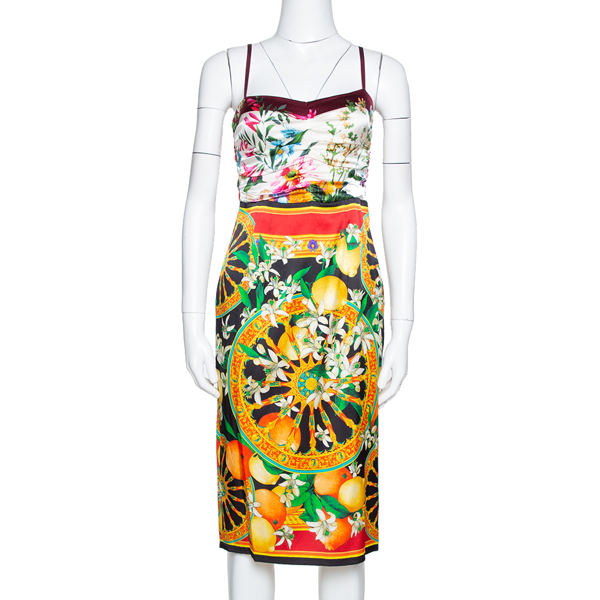 This stylish sheath dress hails from the house of Dolce and Gabanna. Crafted from quality silk, this luxurious creation comes in lovely multicolored hues and carries a floral lemon print throughout. It has thin straps, a slim silhouette, a good fit and a back zip closure.

A world of fashion, powered by technology. ModeSens pulls from the racks of 41,274 luxury brands, aggregating every product at the item level for a seamless, transparent and secure shopping experience