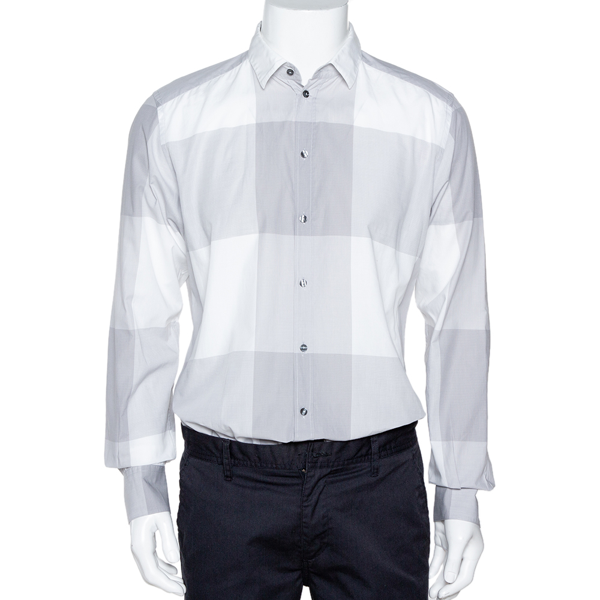 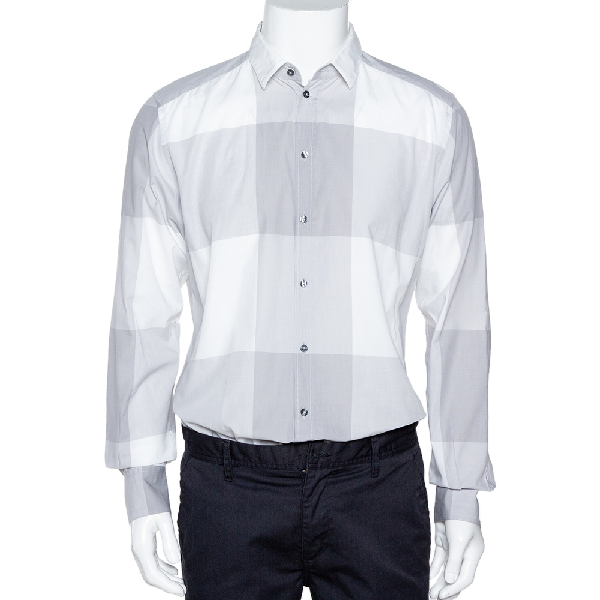 Made of 100% cotton, this pale grey shirt from Dolce and Gabbana is smart formal wear. The comfortable shirt features a plaid pattern all over, a simple collar neckline, long sleeves and front button fastenings.