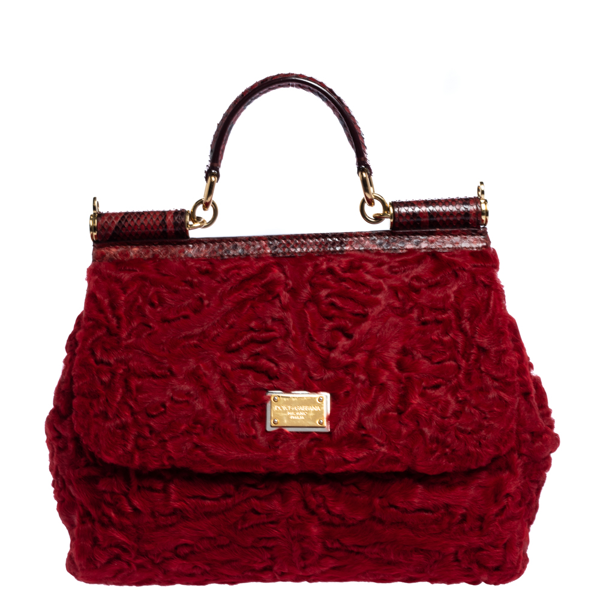 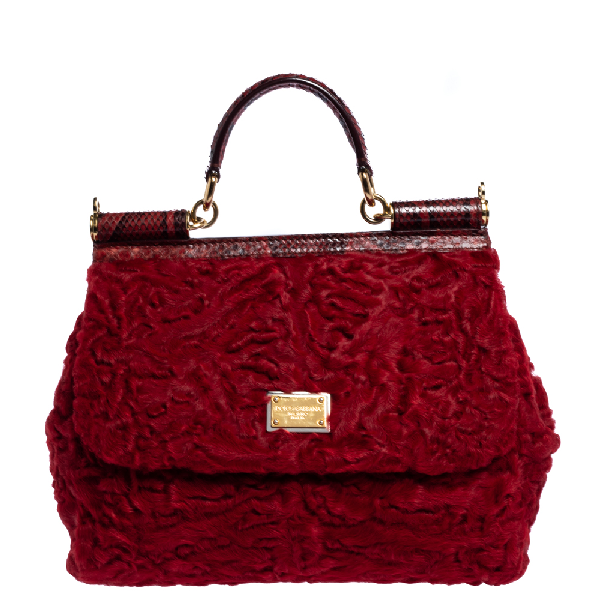 A prized version of the Miss Sicily bag by Dolce and Gabbana. The bag is crafted from red calfhair and python leather. It has a top handle, a shoulder strap and a satin interior secured by a flap. NOTE: FOR UAE CUSTOMERS ONLY