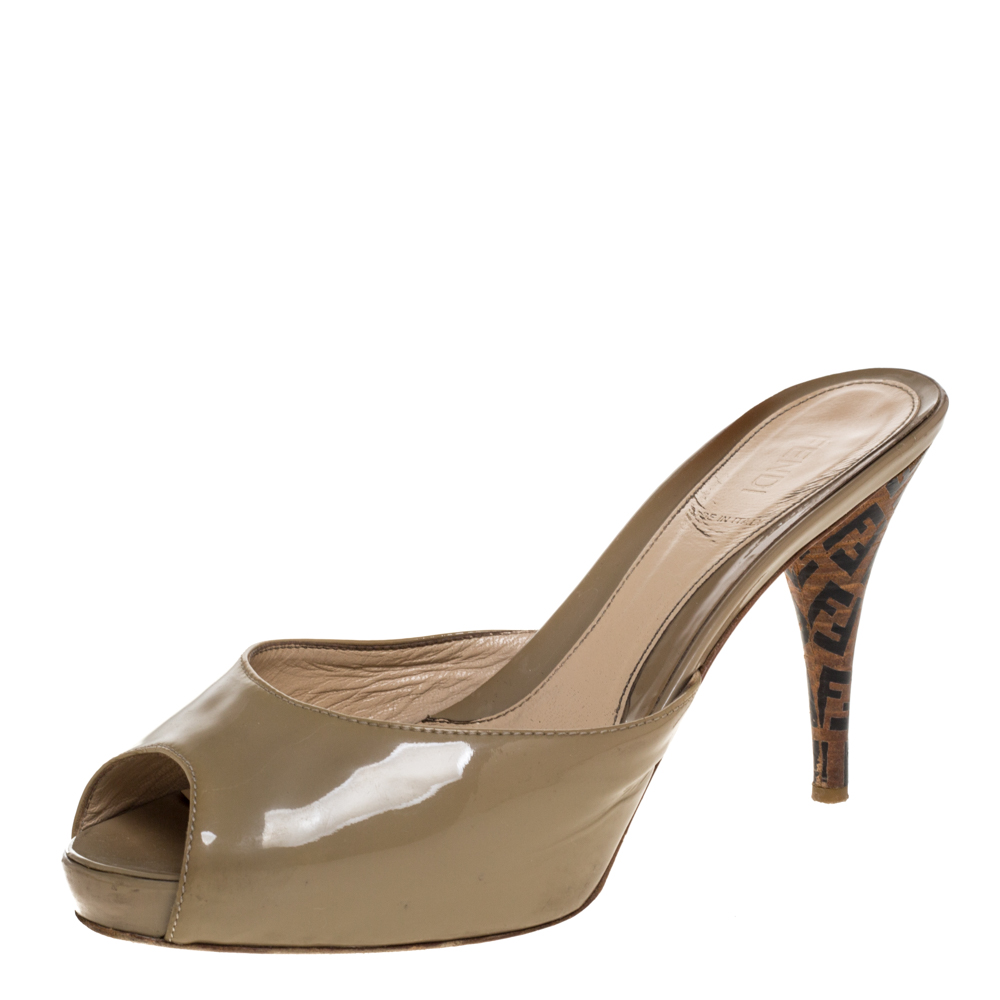 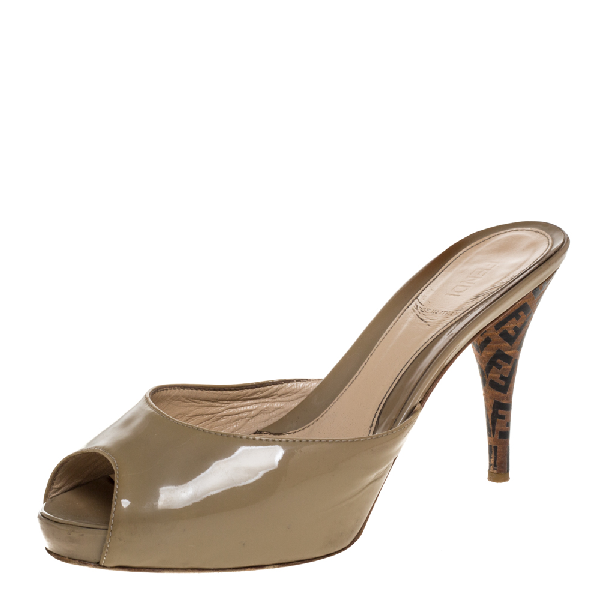 An elegant design by Fendi to lift your style in the best way. The slide sandals are crafted from beige patent leather and designed with peep toes, platforms and 9.5 cm heels covered in the brands signature Zucca pattern.