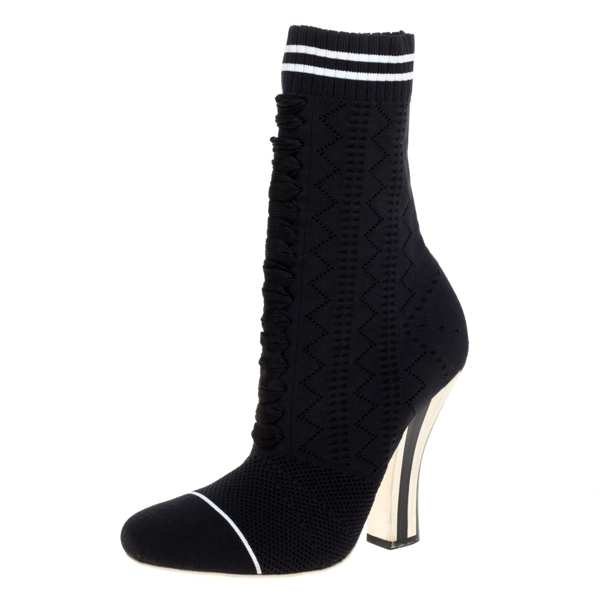 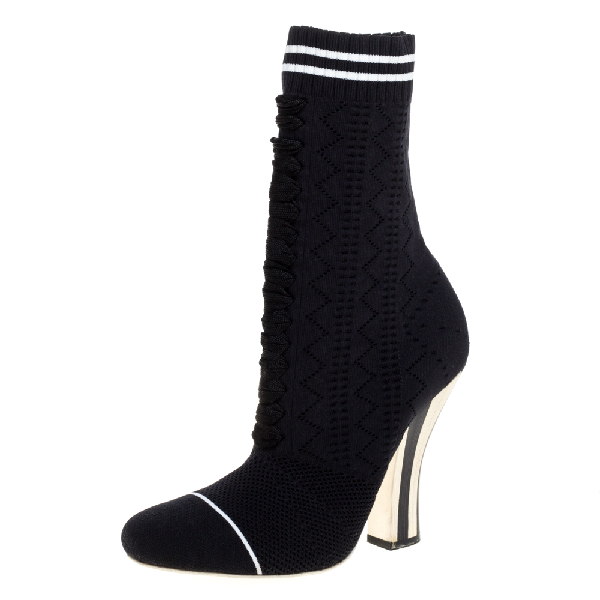 Enjoy footwear ease with this pair of Rockoko Runway ankle boots by Fendi. Theyve been crafted from knit fabric and designed in a sock style. Equipped with comfortable leather lined insoles and curved heels, they are easy to slip on and off.