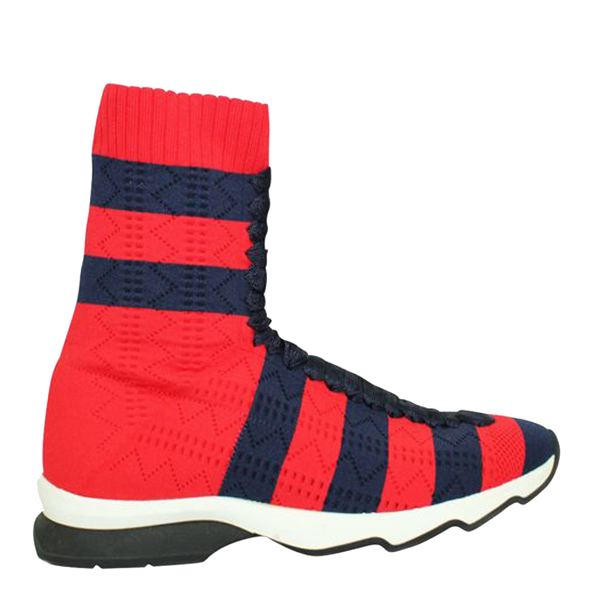 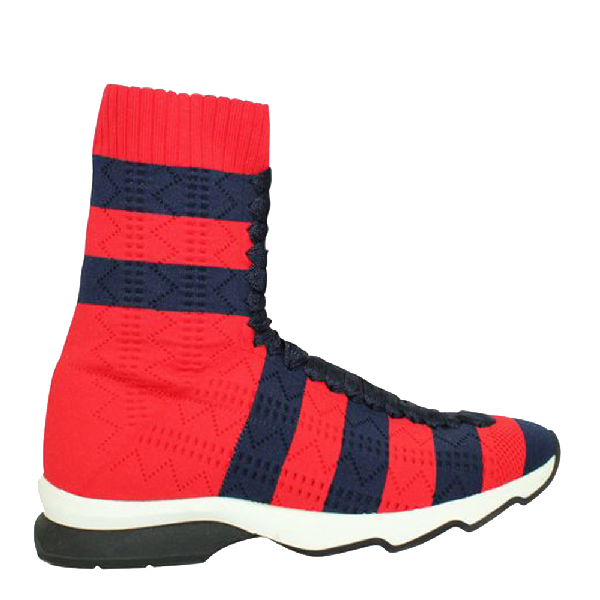 Indulge yourself with this pair of celebrated Fendi sneakers and make a bold fashion statement. Crafted from polyamide and fabric, these high top sneakers come in an attractive red color. Featuring a comfortable rubber sole, these trendy sneakers will add value to your looks.

A world of fashion, powered by technology. ModeSens pulls from the racks of 41,274 luxury brands, aggregating every product at the item level for a seamless, transparent and secure shopping experience