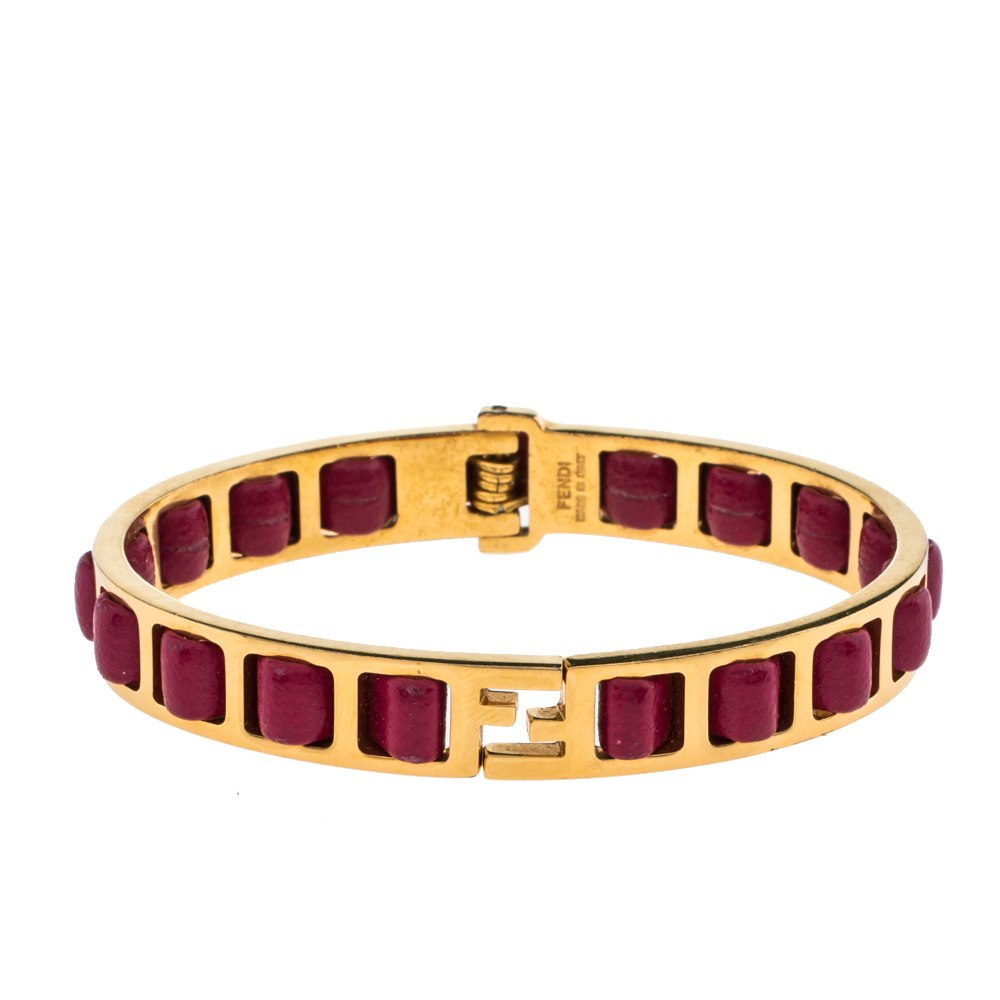 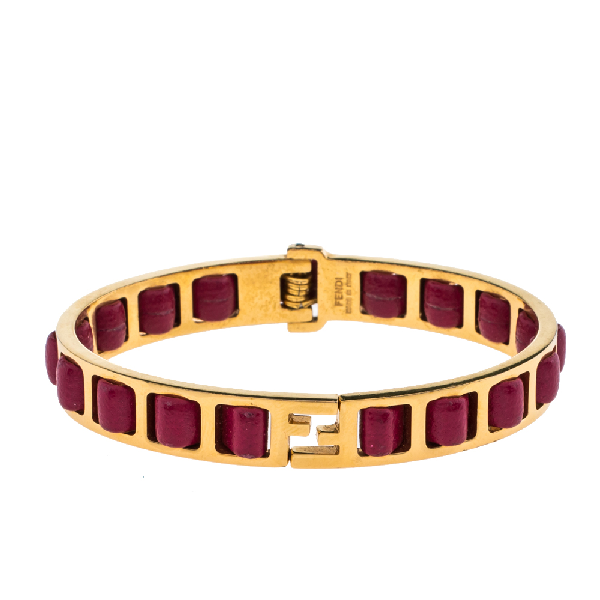 This Fendista bracelet from Fendi is a stylish bangle crafted to perfection. The hinged cuff shape connects to complete the Fendi logo. The gold tone metal body interlaced with pink hued leather creates a unique design.