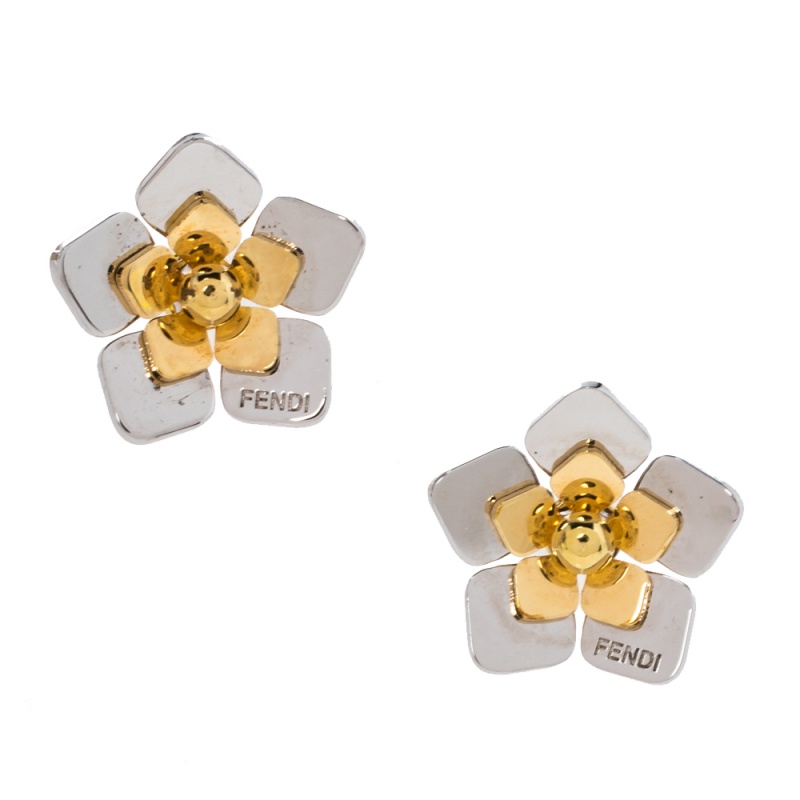 Designed into a cute flower silhouette, this pair of earrings from the house of Fendi adds a look of luxurious charm to your overall look. Crafted into a two tone metal design, these earrings impart charm and grace to your appearance and make for a trendsetting look.