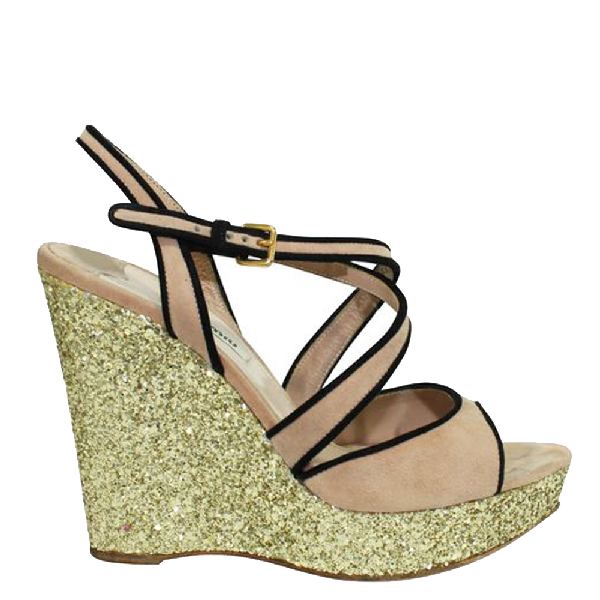 Stay in style forever with these chic Miu Miu sandals. Adorned with glitter wedges, these sandals come in a charming pale pink color. Beautifully fashioned in suede, these sandals will put a darling spin on your ensembles.