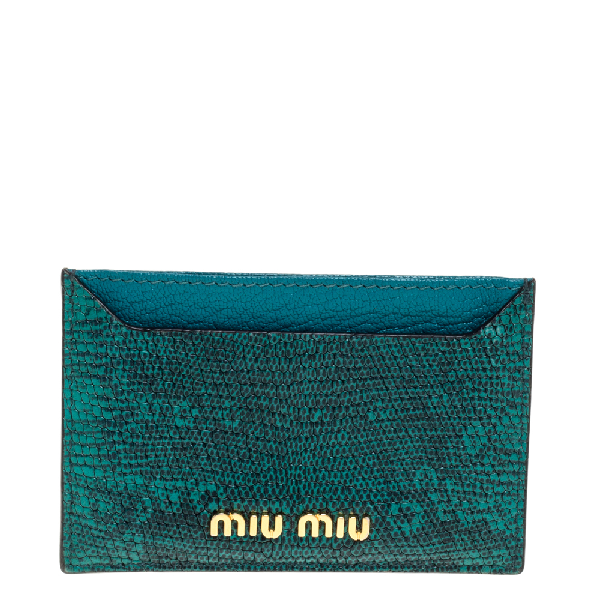 This stylish and functional cardholder by Miu Miu is a must have. Crafted from lizard leather, it has an embellished brand logo on the front. It comes in a lovely green shade and is equipped with multiple slots to hold your cards. NOTE: FOR UAE CUSTOMERS ONLY