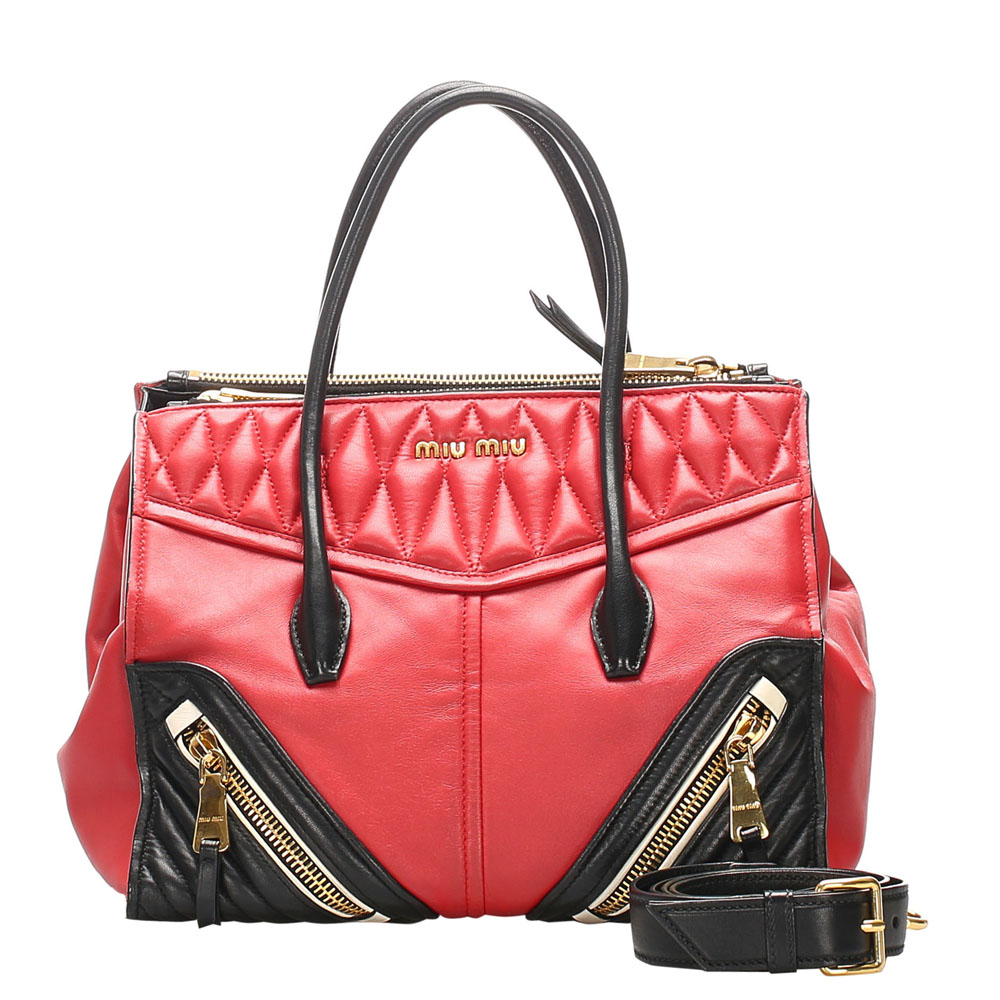 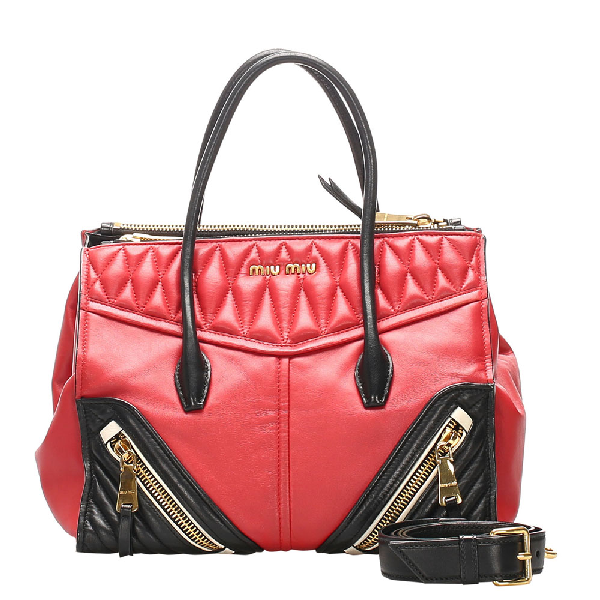 This bag by Miu Miu has a versatile look and can be paired with almost everything. Brilliantly designed, this Red bag is for the fashionista in you. It is tailored from leather to a suave design for both sensation and comfort.