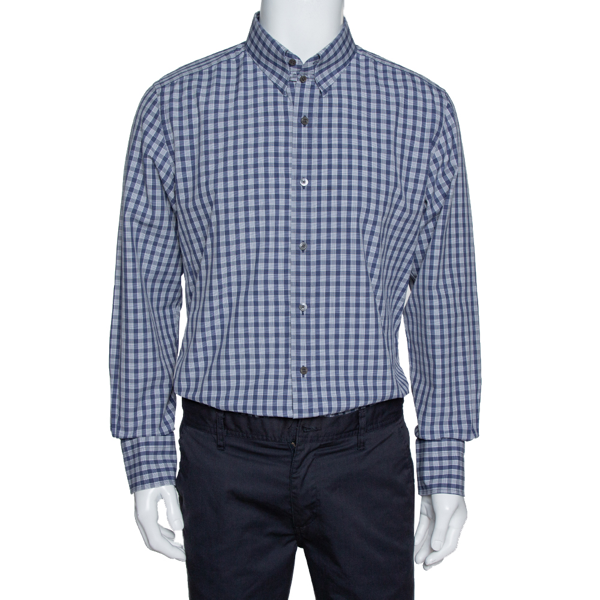 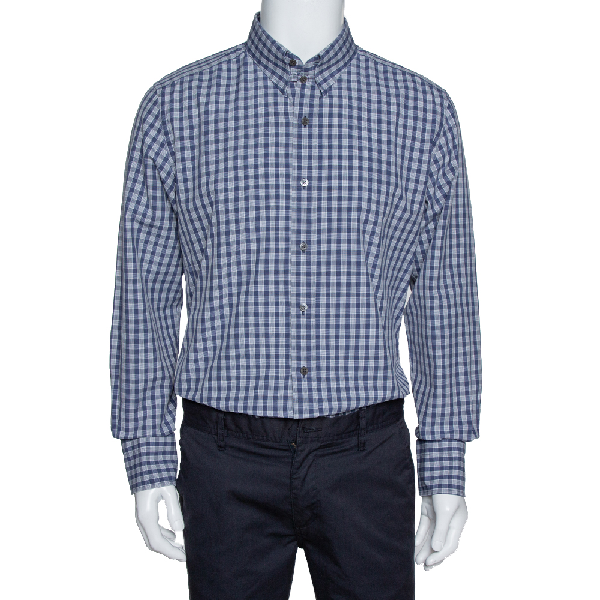 Exhibiting a smart design, this Tom Ford shirt is a closet staple. It features a dark blue shade, cuffed long sleeves, and a classic collar. The shirt is cut from cotton and is complete with button fastenings.