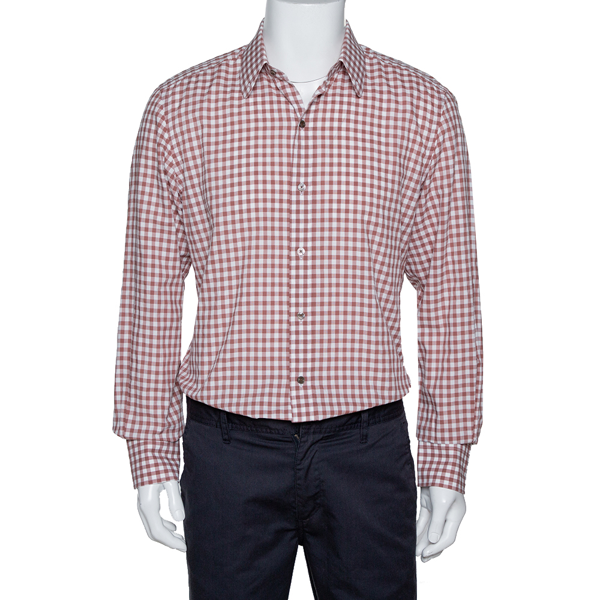 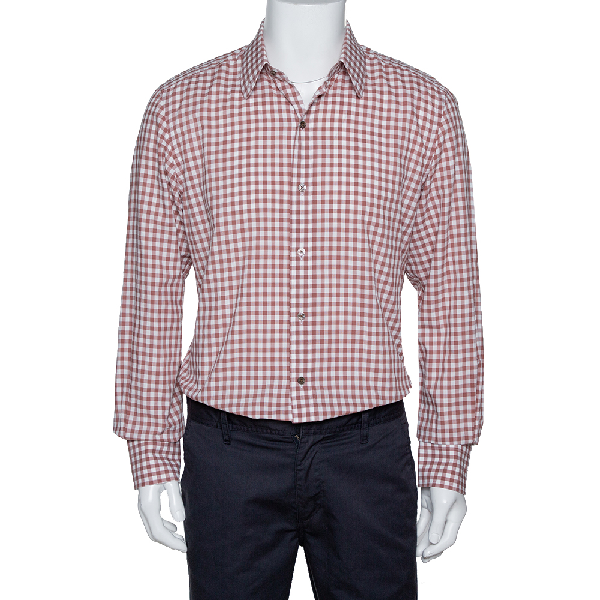 Smart and stylish, this shirt from Tom Ford offers a classic approach to shirts. The light brown shirt is made of 100% cotton and features a gingham checked pattern all over. It flaunts front button fastenings and long cuffed sleeves. Pair it with jeans for your casual outings.