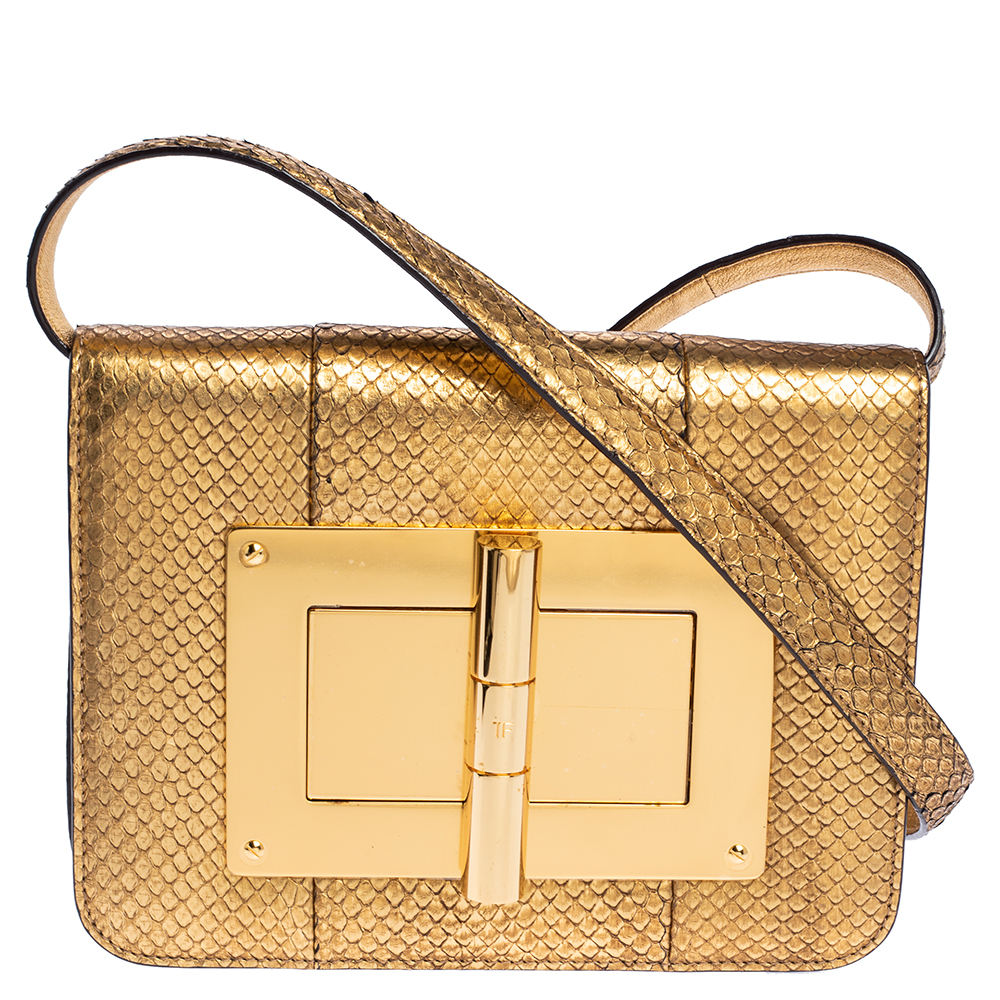 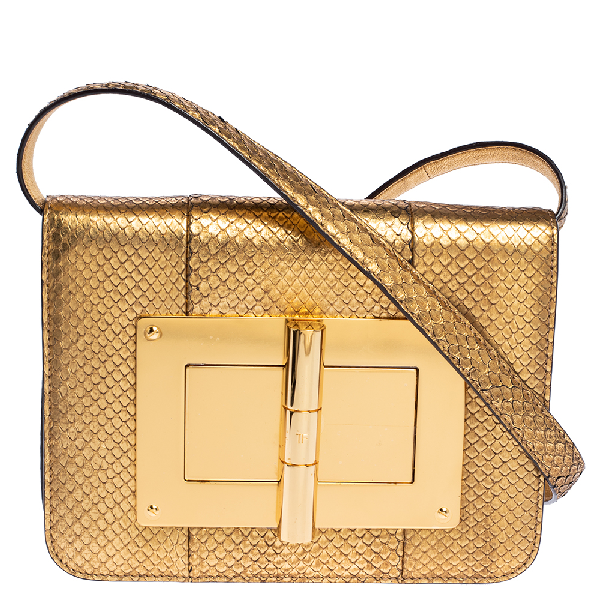 This Natalia bag from Tom Ford is here to end all your fashion woes, as it is striking in appeal and utterly high on style. It has been crafted from exotic python skin and designed with a flap that has a large turn lock carrying the signature TF engravings. The suede insides are spacious and the bag is complete with a shoulder strap. This ultra modern bag will lend you just the right amount of class and make you stand out like a true fashionista (Note: Available for UAE customers only)