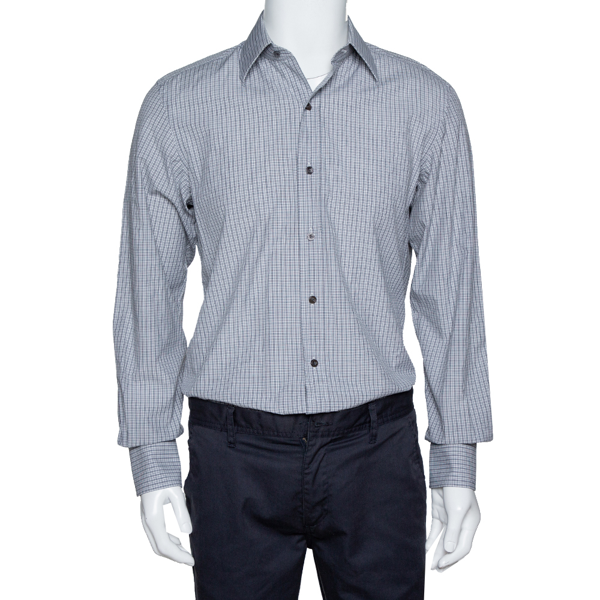 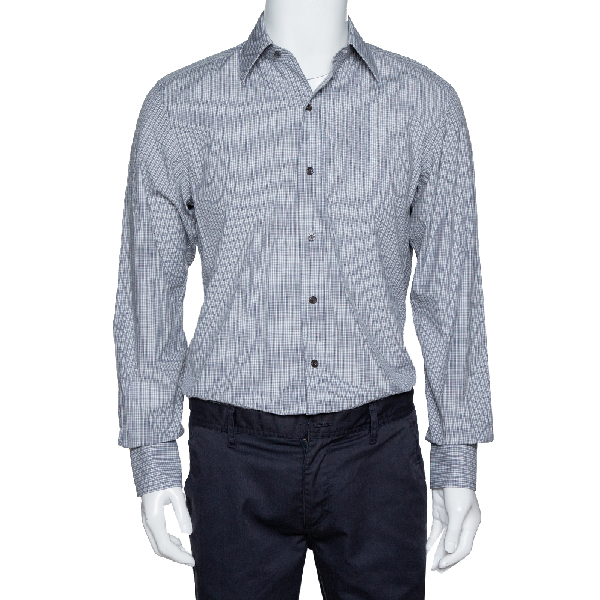 Beautifully made from cotton, this monochrome Tom Ford shirt is designed with checks, front buttons, long sleeves, and a simple collar. The comfortable creation will surely add a luxe touch to your wardrobe.