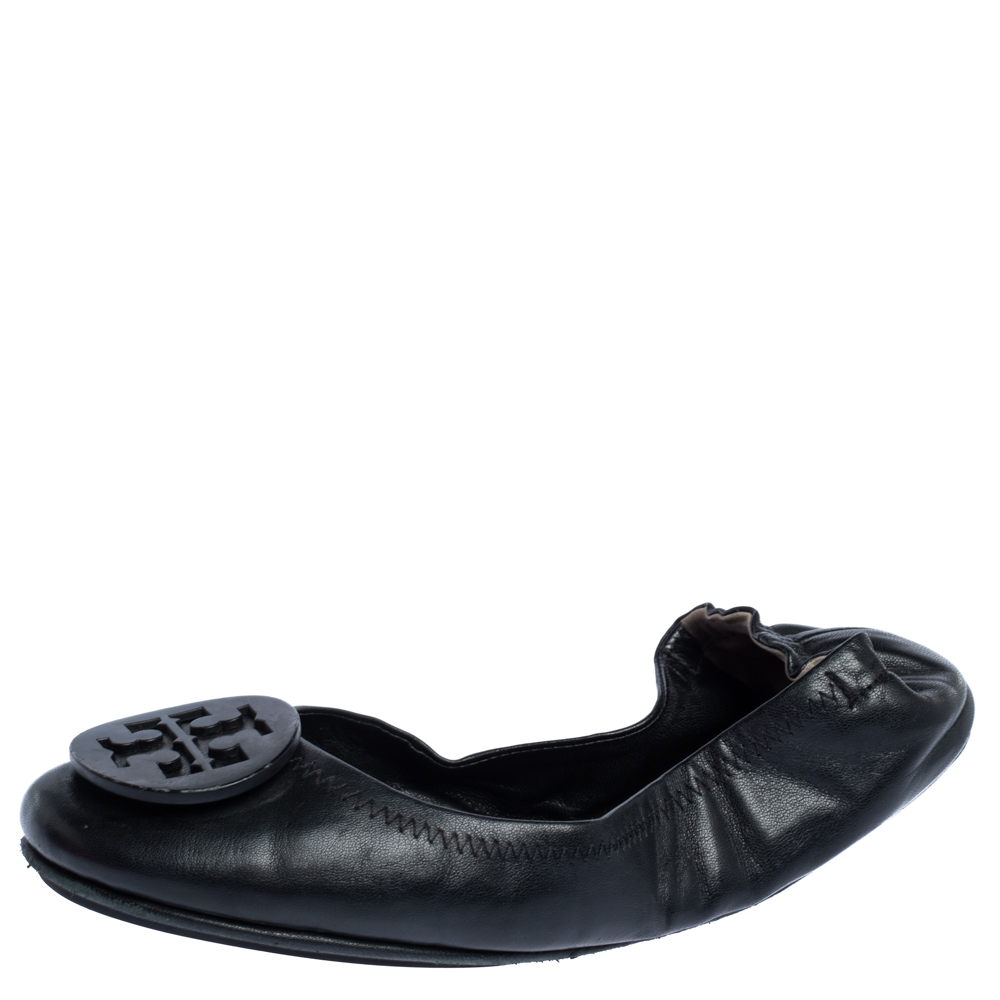 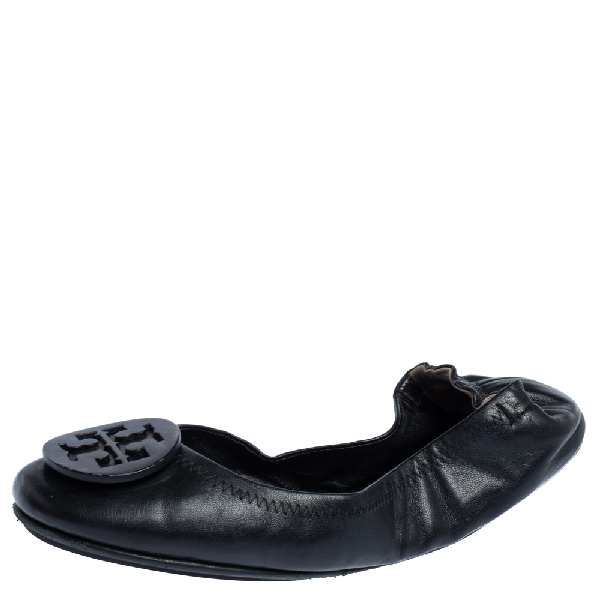 Lend the luxury appeal to your casuals with these chic ballet flats from Tory Burch. Crafted from black leather and designed with logo accents on the uppers, they offer a scrunch style and are a perfect choice when you want both comfort and style.

A world of fashion, powered by technology. ModeSens pulls from the racks of 40,989 luxury brands, aggregating every product at the item level for a seamless, transparent and secure shopping experience