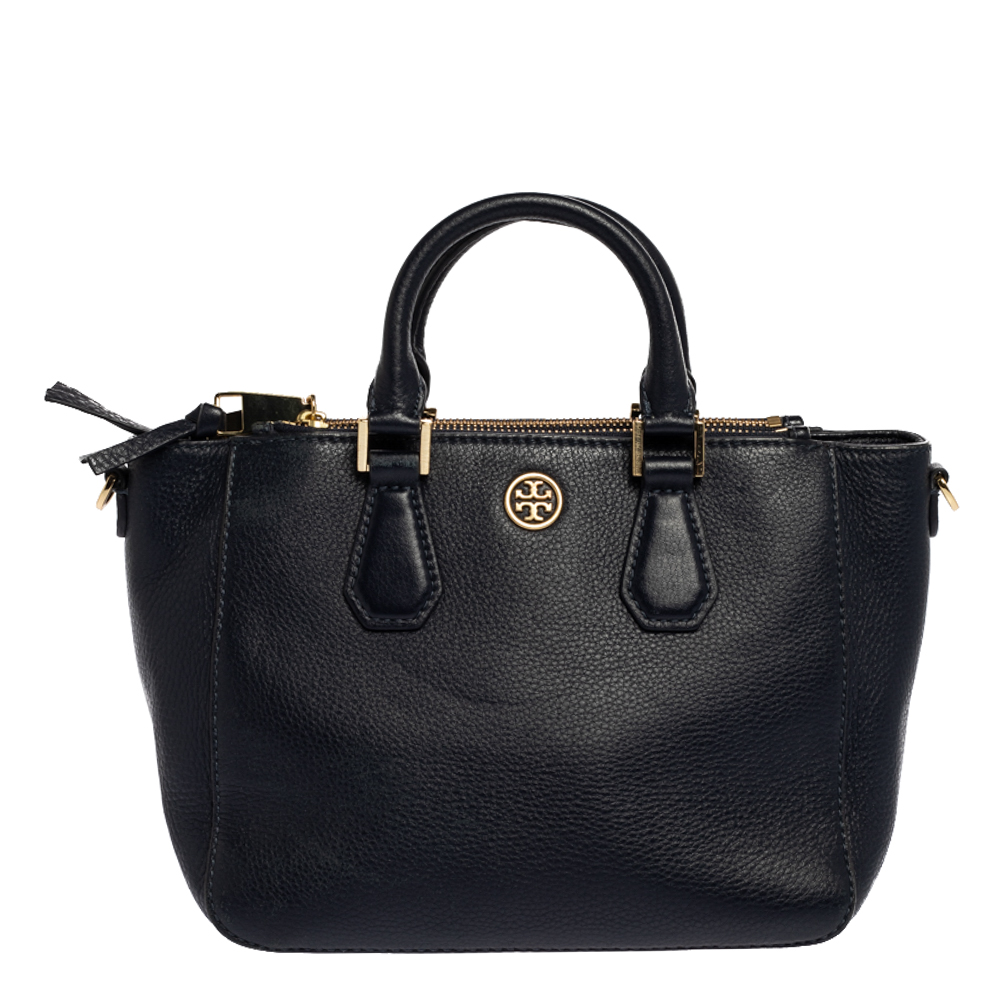 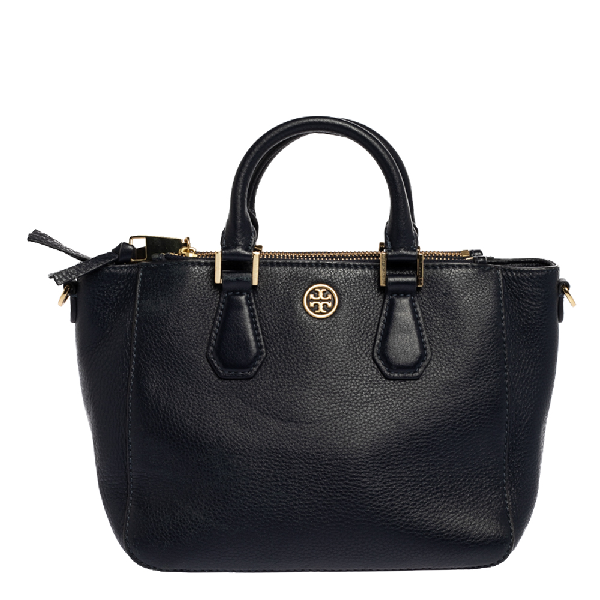 This gorgeous double zip Robinson tote is from Tory Burch. It carries a navy blue exterior made of leather and it has been equipped with two top handles, a shoulder strap, and a spacious nylon lined interior. The tote is ideal for everyday use.

A world of fashion, powered by technology. ModeSens pulls from the racks of 40,967 luxury brands, aggregating every product at the item level for a seamless, transparent and secure shopping experience