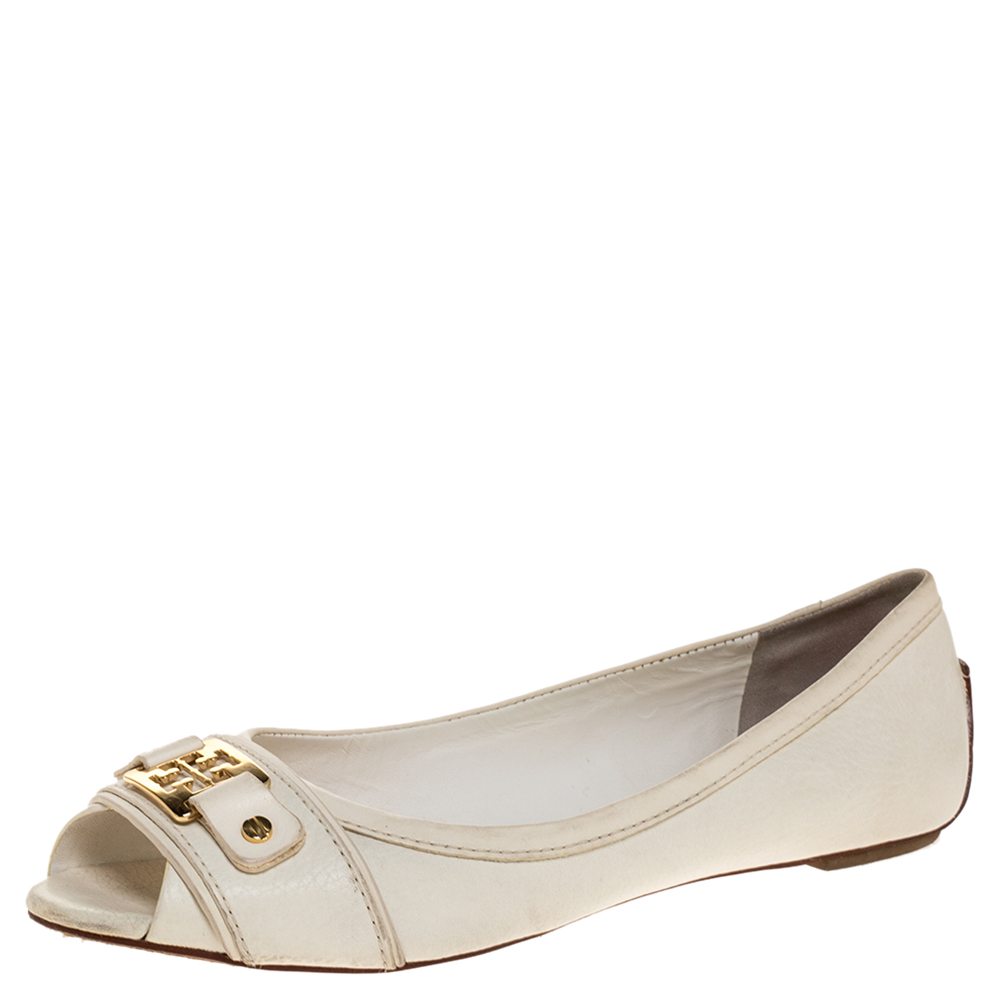 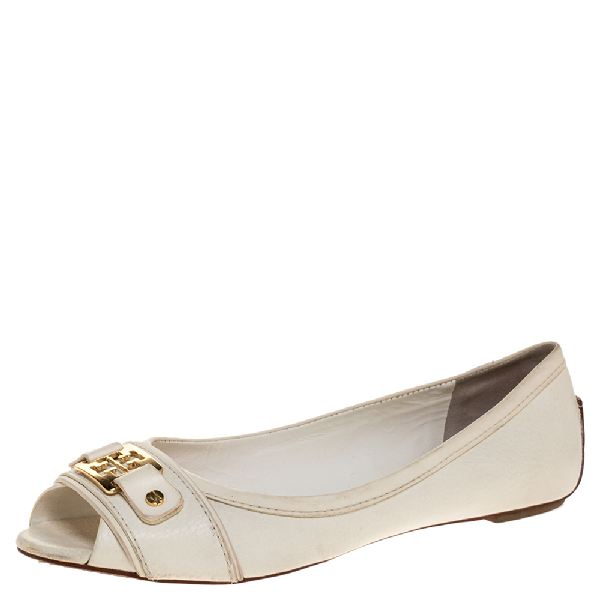 Tory Burch promises that every time you step out in these lovely flats, you are sure to fetch admiring glances The white ballet flats are crafted from leather and feature peep toes with a brand logo detailing, comfortable insoles, and tough soles. They are perfect for your casual as well as your formal outings.

A world of fashion, powered by technology. ModeSens pulls from the racks of 40,989 luxury brands, aggregating every product at the item level for a seamless, transparent and secure shopping experience